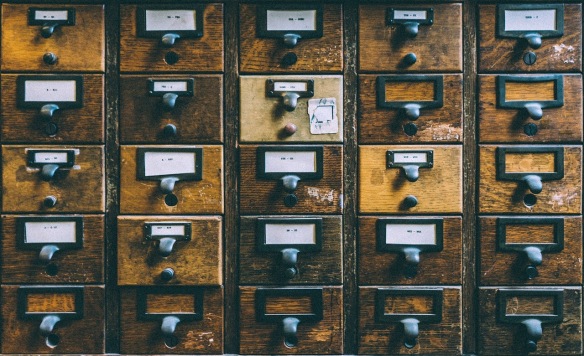 When the Monica Lewinsky scandal broke in 1998, one of the things often written about, dissected and explored was how Bill Clinton could compartmentalize himself. I remember thinking, I get this. I really understood fully how Bill could do this, because I did the same thing.

A writer from the New York Observer: wrote, he “diffracted himself into several Bill Clintons-the adulterer, the good father, the loyal husband, the lousy husband, the liar, the truth-teller, the empath, the charmer, the politico, the policy wonk”. In late 1999 I became the Vice President of Information Systems at a Fortune 500 corporation. I stood for all the right things: good upstanding corporate citizen, leader, moral, responsible, supportive of my people, and I was sincere in doing so. Then there was this compartment that held everything gay. A secret, never spoken about area in myself which I held tightly closed. It was the dirty linen closet of my soul and I kept it shut.

Christina G. Rossetti, in her 1876 poem, “Who shall deliver me?” writes these powerful lines:

I lock my door upon myself,  And bar them out; but who shall wall
Self from myself, most loathed of all?

I did what Rossetti writes, I locked my door upon myself and hated myself for it. The ‘most loathed of all’ was me. I hated the pathetic secret, which I believed was where the ugliness and sickness of my soul lived. I couldn’t make sense of the compartments: successful corporate leader: empathetic, thoughtful, passionate, a person people believed in. Good father and loyal husband. And then there was the gay compartment where shame, ugliness, sickness and secret titillation lived.

Rossetti continues later in the poem:

God harden me against myself,
This coward with pathetic voice
Who craves for ease and rest and joys

Myself, arch-traitor to myself;
My hollowest friend, my deadliest foe,
My clog whatever road I go.

I felt like a coward with pathetic voice. I knew I was a traitor to myself, but I was frozen in fear of what coming out meant and I successfully kept the door to the gay compartment locked for many more years.

Yet One there is can curb myself,
Can roll the strangling load from me
Break off the yoke and set me free

In 1998 when Bill Clinton was fighting impeachment, I thought my compartments were my burden to bear for the rest of my life. I could not see any way out. Coming out, beginning three and a half years ago, was the singular key to casting off the ‘strangling load’. Coming out, step by step, had me feel integrated and happy. Coming out did, indeed, ‘Break off the yoke and set me free’, in ways I never would have imagined. By unlocking the door to my gay compartment, and doing so in an increasingly public manner, I am enjoying a new freedom, happiness and integration within myself that I didn’t think possible. Those compartments that I once could see the walls of so clearly, no longer exist.

Coming out, everyone says, is a process. But why do some of us make that process move like molasses? When we think about what holds us back in our lives, it is often those secret compartments we hold onto so tightly. When my interior landscape contained rigid compartmentalization, I was professionally successful, (and continue to be so), married with a son, but I struggled to have deep meaningful relationships with people. I could count my friends on one hand, and none of them really knew me. While this large gay part of me was hidden, in order to keep the gay from showing, I kept quietly to myself.

The more I’ve come out to the world as a gay man, the more I have seen my ability to have deep and meaningful relationships with other people take shape and grow. When I was in the closet, I didn’t fully see the connection between the compartmentalization of my soul and the places I struggled in my personal life. Hiding who I was behind a rigid wall made it impossible for me to interact with other people deeply and I was quietly lonely.

In the last year, in particular, I’ve become significantly happier, more at ease with people, more willing to share my story honestly, at ease with who I am, and more connected to the world. For years the number of my LinkedIn connections were large, but my intimate friends were almost nonexistent. Now the number of people I count among my friends is growing and I see a new lightness is my being.

Coming out is bold. It takes courage. But not coming out hurts our ability to have the kind of life we say we want. Maintaining those secret compartments hurts us in ways few of us see. Why can’t we just throw the gates open? What would it take for us to be bold and courageous and roll off ‘the strangling load from’ ourselves? The other side of hiding, which is coming out, is more powerful, exciting, integrating, and happiness making than most people can imagine.

A motto I quietly told myself as I began to come out was: ‘come out, go big!’ I decided that if I was going to come out in my mid-50s, I wasn’t doing so to sit quietly at home just to be depressed. I was going to be out and explore all that the gay world had to offer. So I continue to ‘come out and go big’ in ways I never could have imagined. The other side of the fear of coming out is an excitement and happiness that is powerful. Every few months I set new goals and try to reach them. Most of my dreams are coming true, more quickly than I could have ever imagined, and I am grateful for my new life.

I hope that I have permanently gotten rid of that ‘coward with pathetic voice’ and replaced him with a powerful, integrated individual, ready to be part of the world, publicly and proud.