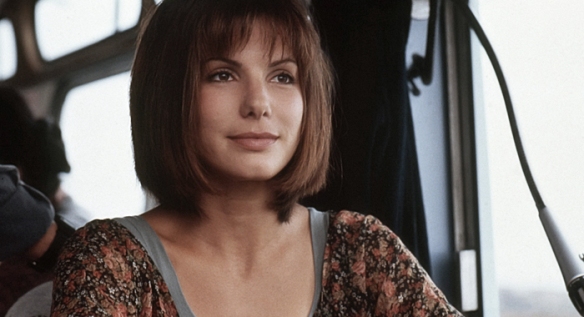 I really have only done drag once in my life, if you do not include the Rocky Horror costume I made my first year in college for halloween. My most recent drag experience was at a workshop I took a year ago the week before I separated from my wife. The workshop itself is hard to sum up, but simply put, it was a personal growth workshop for men of all sexual persuasions, but most attendees were gay.

I knew in advance that there would be a party the last night of the workshop where we were each expected to dress in drag and perform something. Our performance could be whatever we wanted. The LGBT retreat center had a whole costume closet and makeup kit, and as I later learned, drag evenings were a feature of many of the groups that rented the facility for different retreats.

Upon first hearing about the drag evening at the workshop it struck fear in me. I have always seen myself as a man but was afraid as young man that I had too many effeminate mannerisms. I was afraid that people would see the gay in me because I was too effeminate. I worked very hard as a young man to be more masculine. But in choosing to take the workshop, I wanted to explore my sexuality, and decided I would go for it and have fun with dressing in drag, despite my fear.

My friend Ralph, who I had met at a prior workshop given by the same instructor, was also planning to take the workshop with me. He was also uncomfortable, even more than me, with the whole drag aspect of the workshop, but agreed to spend a day with me shopping in New York City for our costumes. We both had a great time trying on wigs, looking at makeup and trying on dresses at a funky used clothing store in midtown

I wanted to look like a real woman and not an over the top drag queen. I felt like my drag costume should be respectful of women, which in retrospect, sounds silly, but it is how I thought about it. As I shopped for a dress I was surprised how I quickly noticed what styles made me look fat or unflattering on my 6’2″ masculine frame. Most wigs looked silly on me and I found my features were too masculine and angular for many wigs. I felt I needed a wig that would soften my masculine features.

In the weeks leading up to the workshop I purchased a dress, then decided I didn’t like it and purchased a second dress. The dress I settled on was a shear purple cocktail dress in a shiny stretchable material. To go with my dress I purchased grey pantyhose, because I didn’t want to shave my legs, and white shiny leather flats—about the only women’s shoes I could find for my size 11.5 men’s feet. From eBay I ordered costume diamond earrings, bracelet and necklace. I struggled for a long time selecting a wig. The first day shopping with Ralph we spend over an hour trying on wigs at a wig store in midtown Manhattan. Nothing looked right. I realized that my features were too masculine for most wigs, which made me look all wrong. Finally home in Maryland I found a wig that softened my face and made me look more feminine. The costume complete, I opted for naturally looking makeup and did away with my glasses and wore contacts.

When we got to the evening of the workshop for our drag show I was excited. I could not wait to put my costume together, create my character, and see how people reacted. When I walked up to the building for the party, the man who ran the workshop was standing outside with two of his co-facilitators. He wore a black leather and rubber outfit and was dressed as an S&M mistress. He took one look at me and exclaimed, “Why it’s Sandra Bullock! I wasn’t sure if this was a real comment or if he was making fun of me but I laughed along with him and everyone else. When I walked in the room, very few people recognized me at first and everyone liked my costume.

I performed two songs which I lip synced: first Linda Hopkins’ I Can Cook, from Wonderful Town and then Tina Turner’s, What You Get Is What You See. While I had rehearsed the words to the songs extensively, I had not practiced performing the songs, so did not know what to do with my hands or body. I danced around in a kind of wild way that I thought in retrospect looked silly, but I am not sure anyone cared. Everyone seemed to have a good time.

While I definitely see myself as a man, and would not want to become a woman, dressing up in drag clearly met a deeper need in me. I enjoyed it and had a great time planning the costume and wearing it. What was interesting to me was to see how many of the gay men at the workshop were uncomfortable with drag. It was a stretch for many of us in the group, and yet we all had a great time with our costumes.

While growing up I never quite felt as masculine as the other boys, being called a sissy or girly was the worst thing you could be called. Because I was always taller and larger than the other boys, I was almost never picked on or called names. I was however, very sensitive that I didn’t quite measure up to real boys. Dressing in drag definitely had me confront some of my questions about masculinity and sexuality.

I loved the experience of drag. It was fun and over the top. I felt feminine in my costume and liked the feeling. I would like to find another safe space in which to explore drag. I think next time I would go further and not be so conservative. Sandra Bullock, watch out, here I come!