I’m re-listening to the book, The Velvet Rage, by Alan Downs.  It was a very important book in my coming out process when I read two and a half years ago.  As I hear the book again, there is so much valuable information which I had forgotten.  One of the important cornerstones of the book, which I have been thinking freshly about is the concept of ‘toxic shame’.  Having spent the last year and a half coming out, I was beginning to feel I was finished with the shame I once felt about being gay.  But I am seeing that overcoming shame is really a lifelong process.
The book brings up so many topics that stir my emotions.   There is a good deal written in the book about a gay man’s relationship with his father.  My relationship with my father was always strained from a very young age.  As Downs describes so vividly, my father was uncomfortable and uneasy with my differences, while my mother, grandmother and aunt over compensated to provide me with love, adoration and protection.  I remember as a young gay man in my teens and twenties, thinking that what I really wanted from a man was the love and comfort I was never able to get from my father.
The way my father was towards me had me feel like there was something deeply wrong with me, which is exactly what Downs describes.  It was only recently that I began to see the deep discomfort my father felt having a son that did not quite measure up to his 1950’s expectations.  In many ways my father, even though I knew he loved me, could be cold, easily annoyed with me, critical and distant.  As a young gay man I wanted so much to have a man hold me in his arms like I hoped my father would.  I wanted to be enveloped by a man’s arms that were like my fathers. 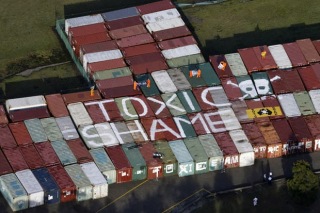 The shame I felt because of how I was different, and the disapproval and hate the world showed towards that difference, was all encompassing.  As a pre-teen, I did not see my difference as gay.  But I knew that I was not like the other boys.  I did not like sports and had no interest all the facts and figures surrounding professional sports.  To this day I don’t understand football.  I was overweight and not very athletic.  I cared more for the arts, design and crafts.  I just knew inside that I was very different than the other boys in my all boys elementary school.  I felt there must be something very wrong with me.  Something very ugly inside that I needed to hide.  There was nothing in my world as a young man that was affirming except my mother, grandmother and aunt, and they went overboard to affirm me.
The truth is that who I was as a child should have been OK, but there was almost no one in my world growing up who could validate who I was, and let me know that who I was, was good..  The over the top way my mother, grandmother and aunt validated me had me distrust their validation.  I thought they too must see how ugly I am inside, but because they love me, they are working overtime to make me feel good.
One of the first places in my life that I began to feel good about who I was, was at work.  In my early professional jobs in college, I got a lot of positive reinforcement in a sincere way.  I felt that I was a valued employee and could do things easily and professionally.  Working really began to change how I saw myself.  The harder I worked the more validation I got.  But all through my work years I keep my homosexuality hidden.  I compartmentalized my life.  There was the public person at work who was successful and talented, and then there was the dark compartment where my ‘illness’ lived, waiting to be fixed by years of therapy.
In thinking about Down’s book, I believe I’m just beginning to peel back the layers of shame and see them clearly.  It is a lifelong process and one that I believe will lead to a happier life.