About two weeks ago I went to Miami Beach, Florida for a short two day meeting with a company that we do business with. There was about 20 of us at the meeting, and it was the type of meeting that included spouses at the dinners. Most people came with their spouses. 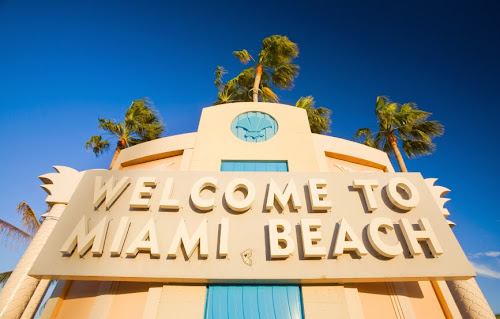 When I arrived at the resort I quickly headed to the massage I had scheduled. Following the massage I went to spend some time in the steam room. Soon, a man who looked familiar came in to the steam room but I didn’t have on my glasses. “It’s me, Alex”, he said. One of the vendors partners that we all came to Miami to meet with. He and I chatted and then went off to shower and dress. When we left the locker room to check out from our massages, there was a strikingly elegant woman testing out different perfume scents. It turned out that Alex knew her. He chatted with the woman for a moment but never introduced me. I assumed she was one of the spouses attending the meeting, but was surprised at the lack of an introduction.

That night at the group dinner I was finally introduced to the mysterious women testing out perfume scents. She was with another woman, Lee Ann, who was a co-worker of Alex. Lee Ann’s friend was introduced by name only, no titles like friend, wife or partner. I had always assumed Lee Ann was lesbian but the lack of a title to the relationship left me a little confused as to just what Lee Ann’s relationship was with the woman.

The next day, at a break in the meeting I walked over to Lee Ann. Since I was sure that she was gay, I was hoping to find a way to come out to her. While I had met Lee Ann’s partner or spouse the night before at dinner, at that moment the relationship between Lee Ann and her significant other was not really clear to me. I thought I saw a wedding ring on Lee Ann’s ring finger but did not want to ask and be wrong.

Lee Ann and I began to make small talk. We talked a bit about work. Then she asked me about my family. Did I have brothers and sisters? Where did they live? Did we get to spend time together. I told her that while all five of us lived in different cities, we often met up at my parents summer house in New England, at least once every summer. Lee Ann then told me she had gone to a place at the tip of Cape Cod last summer. “Provincetown?” I asked, and went on to share that I had been there for the first time the previous summer. We compared notes about Provincetown, where I had stayed, and what I had thought of the place. Finally I asked her if she had heard that I had come out the previous year at work. She didn’t know but was excited to hear more. We talked for a few minutes about my coming out but then the meeting break was over and we needed to take our seats.

That night at dinner Lee Ann sat between me and her wife, who I learned she had married in Provincetown in 2011. The group was about 30 people and we sat at three long tables of 10 people each. The table was also wide so it was not easy to talk across the table in the noisy Cuban restaurant. Lee Ann quickly focused the discussion on my personal life and wanted to hear my story and about my coming out at work. I am always more than happy to tell my coming out story. Lee Ann and I began a private, conversation about my coming out at work and the broader narrative of my life. I also learned about her life and how she met her wife.

The evening began well enough, but I learned quickly that Lee Ann and her wife liked their drinks with dinner. After a lite beer, Lee Ann ordered a bottle of wine for the table and then later in the evening a second bottle. I was drinking the wine too, and was slowly getting drunk, but not in any way out of control. Soon Lee Ann and her wife wife were drunk, and what began as two LGBT professionals talking turned into something a little sloppy and louder than I was comfortable with. As Lee Ann continued to drink, I heard things like: “You’re a handsome guy and don’t let anyone tell you different.” and ” I always liked you, even before I knew you were gay.”

Everyone we sat with either worked with Lee Ann or was a spouse of someone she worked with. I am sure that they could hear Lee Ann’s drunk ramblings as the evening wore on. I began to get uncomfortable and asked Lee Ann to switch seats with her wife under the pretext of getting to know her partner better. Once the they changed places I learned that Lee Ann’s spouse was as drunk as she was and that she talked in such a soft voice I could barely hear what she was saying unless I put my ear close to her mouth. I was very happy when the dinner ended and we could head back to our hotel.

What was my discomfort about? Probably a few things. First, I want to come out on my own terms. I do not want to be outed without agreement and consent. I also find this group of mostly men to be the type of masculine men that often makes me uncomfortable. I also do not want to be defined by another gay persons issues or challenges, meaning Lee Ann’s drunk chatter. Lee Ann’s loud voice and out of control drunken comments were not something I wanted to be tagged or branded with.

This past week Lee Ann and her team came to our offices for a presentation. I was scheduled so tightly that we had no change to talk privately, so on Friday after work I called Lee Ann. I wanted to get past what I suspected was a level of discomfort we both felt and establish a relationship as two LGBT professionals. We had a great phone call and agreed that we want to begin to build a friendship. I think we can also support each other as two LGBT professionals as we both navigate the corporate world.

This has been an interesting journey. I don’t know many other LGBT executives. Lee Ann is someone I’d like to get to know better. But I’ve also learned that just because two people are gay doesn’t mean they’ll have anything in common or even like each other. I hope Lee Ann and I will become friends and that we can support each other in our journey.