The men stood around the large 36 inch color TV, encased in the fine wood finish of an expensive 1960’s television. They spoke a language that was indecipherable to me. Grunts and cheers. Screaming at the TV. “Ah, Christ, that was a terrible call.” “Go! Go! What’s the matter with you?” They spoke a raw angry tribal language I did not understand. The violence of their shouting frightened me. I was probably five or six years old.

The story line never varied. It was a family event. Probably Thanksgiving, Rosh Hashanah or Passover. My uncle had recently bought a beautiful large home which became the gathering place for family and friends for holiday events. The women mostly helped out in the large kitchen getting the dinner ready along side the help that worked for my aunt and uncle. A few women sat in the living room talking. The men all gathered in my uncles study to watch football. They never helped with the food. They never offered. The knew their place in the social order. If you were a man, your place was in the study, standing in a loose semi circle surrounding the large color TV watching football or some other sport like baseball. 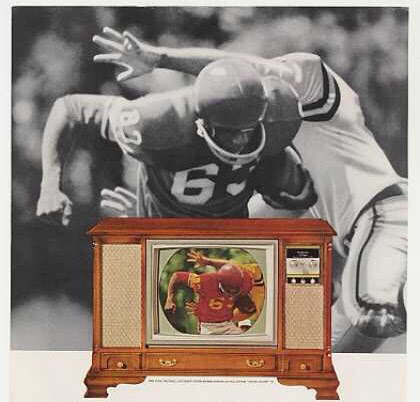 I had been to a few football games at the old Franklin Field, on the University of Pennsylvania campus in Philadelphia, with my father. The highlights of the game for me were the purchase of a bobble head doll of an Eagles football player. I did not care which player my father got me. I did not know the game or the players, but I like the bobble head dolls. Beyond a very young age, maybe nine or ten, my father stopped taking me to football games. I suspect I resisted going. The game bored me. The violence of the game scared me. And truth be told, my father was not someone who ever watched a football game at home. Football was not part of our every day home life. Dad only watched football with the men at social gatherings.

Football has always been a mystery to me with complicated rules and a level of anger, physicality and brute force that frightened me as a child. Like a foreigner not understanding the language or customs of the country they are visiting, that was football to me. Watching my uncle and his brother, my father, along with my older cousin Jimmy and the other men invited to whatever family event was in progress, circle the television in my uncles study to watch a game of football, was to have entered a foreign land. The violence and anger of the mens shouting frightened me. The language they spoke was foreign and had no meaning to me. I did not understand the game and did not want to. Usually I fled the room for safer spaces in the house.

My visits to my uncles den while the men watched football were always short lived. The men never welcomed me into their world. They never tried to teach me the game. In truth teaching me football was my fathers job and he had failed. I am sure that Dad had tried to explain football to me, but I suspect it fell on deaf ears. I could not get my head around any sports topic and soon became bored. Even today when someone tries to explain football to me my mind begins to wander and I get anxious to talk about something else. 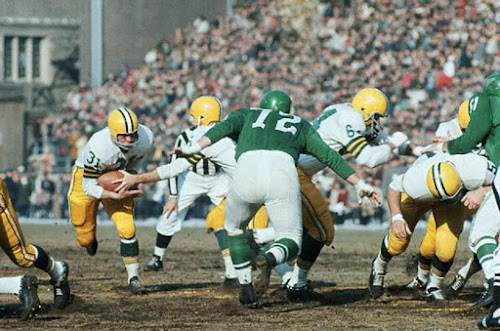 In the den, the anger and rough physicality and force of the mens words as they watched football made me want to flee the room. I felt like I did not belong there. The men made me unsure of myself with a certainty that there was something very wrong with me. I did not measure up to these men. Why was this world of men so foreign to me? It was my tribe and I should have been able to enter their circle and been a part of the event, but I was not.

There was a room full of toys off my cousins kitchen that I often fled to after my brief visits to my uncles study. I usually played alone. At that time my aunt and uncle had three children. A daughter my age, another daughter two years older than me, and a male cousin, Jimmy, who was five years older. Jimmy was handsome and athletic. My grandfather adored Jimmy, who was later killed by a drunk driver as he rode his bicycle home from a friends house when he was fourteen years old.

When Jimmy died my grandfather had a large painting commissioned of Jimmy in his football uniform, taken from a school photograph. Jimmy had posed on one knee, in uniform, football helmet resting on the ground in front of him. He was blondish with a handsome face cut from some all American template. Jimmy excelled at sports and was the quarter back for his schools football team. In later years, whenever I would visit my grandparent apartment, the large painting of Jimmy in his football uniform was the central focus of the living room. The painting hung in stark contrast to my slightly overweight, non-athletic, somewhat effeminate failings. I was now the oldest grandchild, but I never achieved the love and adoration from my grandfather that jimmy had achieved. My grandfather has long since passed away and the painting has hung in the entrance hall way in my Uncle and Aunts home ever since.

As I played in the toy room of my uncle and aunts home it was my grandmother or aunt, (on my mothers side of the family, who were often invited to these events), who would come and talk to me. My grandmother always took an interest in what I was doing and was the one warm, welcoming person with whom I always felt safe and loved. My girl cousins and my sister were somewhere in their house but they did not play with me. I think they recognized my outsider status among the boys and they stayed away from me. I do not think they wanted to be seen playing with me, especially if I was playing with what was considered ‘girl toys’.

Football for me has been a symbol of all my failings as a boy growing up. In seventh grade I was made to play football in my schools after school sports program. When the quarterback yelled hike, I would run and pray the ball never came to me. I had the most rudimentary understanding of the game and after one season was taken off the field and became someone who held the poles at the side of the field to mark the downs. If you understand football, you can see that even in my telling of my job holding the poles that I barely understand what I am describing.

I did not know I was gay until I was fourteen years old. Growing up in the 1960’s there was no adult who could recognize my differences and celebrate them. I always felt bad for the many ways I did not measure up to other boys. All those painful years of feeling out of place, of feeling less than other boys, that I was somehow deeply flawed, left their mark. It was a very long time before I began to feel good about myself and who I was.

The full healing only began to come about in the last five years as I made my first tentative steps out of the closet. Today I can look back with a perspective and understanding that eluded me just a few short years ago. I do not look back in anger, but I do look back with some sadness for how I was made to feel broken and different. The young men growing up today have the possibility to emerge as young gay men without the damage and wounds of my generation. There are smart parents out there today who can honor and cherish the differences in their sons that appear from a very young age.

I did not connect fully my football failings and my identity as a gay man until relatively recently. While my parents are good people, they were also the product of their generation, and had to live in the world they inhabited. There was no roadmap in the 1960’s for what do with a son who exhibited all the signs of a boy would be gay. When I came out to my grandmother and aunt in the late 1980’s, my aunt told me that she and my grandmother had always know. “Oh my dear, I grew up in the theater.” She told me. “I knew many homosexual men.” So there it was. They all knew or suspected, but there was nothing in their world to help them help me. So for my entire childhood they stood outside and watched and waited.

I still think football is a stupid sport. Football speaks to a level of violence and rage in men that is at odds with my heart and soul. Those painful family events at my aunt and uncles home left their mark. I was the outsider. Made to feel the black sheep of the family. The memory of those events is clearly etched in my brain. But I have also moved on. Grateful for the beautiful world of gay men and gay culture I inhabit today. And I look back with a perspective of increasing understanding and clarity.