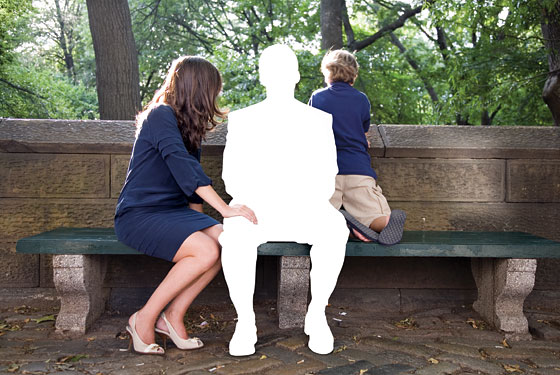 I’m reading a wonderfully written book, She’s Not There: A Life in Two Genders, by Jennifer Finney Boylan. The story is about a man, James Boylan who became Jennifer Boylan and her journey.

I was struck by how Boylan describes her coming out process. At one point, after James had told his wife of his interest in dressing like a woman, not yet revealing the full fact that he felt like a woman inside, Boylan writes, “for much of that year I felt like a chalk painting dissolving in rain.” When I think back to the year and a half of my own life, after coming back out to my wife after 20 years of marriage, (I had come out to her when we first met), I felt much the same way.

Much of the fixed territory and rigid boundaries that I knew so well as a ‘straight’ married man began to dissolve and blur as I navigated the road from being in the closet to an out and proud gay man. For much of the year and a half between coming back out to my wife and leaving my marriage, while I had purpose and direction, I was unsure of exactly who I was anymore. The lines were blurry, like ‘a chalk painting dissolving in rain’. It was only when I finally moved out of my marriage and began my new life as an out gay man that a new and revised picture of myself began to take form. Even today, more than two years out of my marriage, the picture continues to come into focus about who and what I am.

A section of Boylan’s book, which resonated with me, was about the constant inner dialogue that takes place when a person is hiding who they are. When I was in the closet, thoughts about my attraction to men, and the ‘big lie’ in my life, was a constant companion in my thoughts. Boylan writes beautifully about this topic:

“At every waking moment now, I was plagued by the thought that I was living a lie. It was there on the tip of my tongue as I taught my classes; it was there as I made meatballs for the woman I loved; it was there as I took the car through the car wash and shoveled the snow and built the fires and played piano and flipped pancakes. It was fair to say I was never not thinking about it.”

There was never a time where I was not thinking about my attraction to men and wrestling with what to do about that attraction. It was a constant companion in my thoughts and never too far from the surface. At times it had me feel separate and different from those around me. This feeling of being hidden in plain sight most often emerged at family gatherings. Increasingly over the years I would withdraw into myself during family gatherings, often composed of just my wife’s family, and focus on things like setting the table and getting food ready for the meal or cleaning up afterward. Keeping busy permitted me to not have to engage in conversations I saw as empty and painful. I felt out of phase with the rest of the family. Like I was an observer of foreign culture that I barely understood.

I like the everyday way Boylan writes about her thoughts as she struggled to make her inside reality known to those around her. It is clear to me that being in the closet makes our hidden thoughts continuously intermingle with our everyday lives. Now that two years have passed since leaving my marriage, and I am fully out in all parts of my life, I have been surprised how little I think about being gay in my everyday thoughts. Today, being gay is just who I am. Just like straight people do not think constantly about being straight, it is just who they are. Now that the secret is no longer secret, my brain no longer has to keep the secret so close to the surface as a constant reminder of what I am hiding.

I look forward to reading the rest of Jennifer Finney Boylan’s story. I continue to find that the lives of trans people have so much to teach those of us who spent decades hiding in the closet living ‘straight’ lives. Boylan’s story, though about a trans woman’s emergence, is my story too.