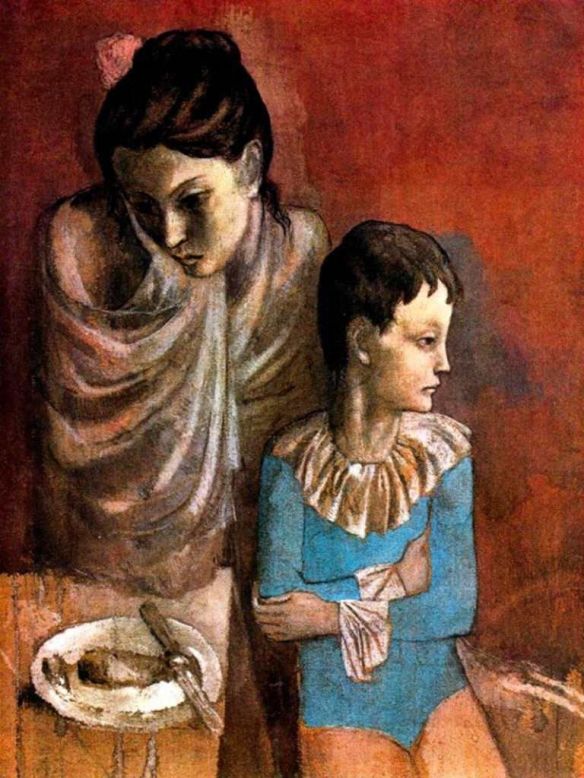 I left my marriage after my son completed the 11th grade year in high school. At the time, because he had seemed so well adjusted, and because my wife had kept her emotions so well hidden from him, I did not understand how much she would rely on him, once I left the house, to support her healing from the grief and pain she felt.

For his mom’s 60th birthday, my son posted a tribute to her on Facebook, which ended with this sentence: “We’ve been through some tough moments the last few years, but that has only made the happier moments even better.” I felt in some way pained by this sentence. What had they been through together that I was an outsider too? His posting signaled a mutual dependency and closeness, that I had suspected, but not seen so directly. Had I caused him pain in his life that he needed to heal from?

When I had lunch with my son yesterday I brought up this posting and asked him what he meant. He said that when I left the house he was fine. He saw my being gay as my issue which did not have much impact on his own life. But he shared that my wife had been in tremendous pain and hurt and that he had spent a lot of time supporting her in the year before he left for college.

When I first moved out of the house I would come over for dinner once a week. My son was not comfortable with these ‘family’ dinners and so after a month or two, we began meeting in local restaurants instead. I remember at the time my son talked about how my wife was hurting, but I did not fully understand the role he was playing in comforting and supporting her.

To his credit, my son does not blame me for leaving. And he has been very supportive of me, even marching with me in the Washington, D.C. Pride Parade this past summer. And for a guy who is all sports and last year joined a college frat, he has come a very long way. He shared with me that he now tells his friends, both guy and girl friends, that his dad is gay, if it is in context to the conversation. This sharing about his gay dad to me is a monument step for him. He still maintains that this is my issue, not his, and that it really does not impact his life at all.

When I left my marriage, I could do no other. It was a matter of my own emotional survival. I was in such pain and emotional disarray in the months leading up to my leaving my marriage, that leaving and moving into my own apartment was wonderful and joyous. Looking back I believe I made the right decision to go, even with the impact it had on my son. I hope it has made him stronger, and it does not seem to have hurt our relationship in any way.