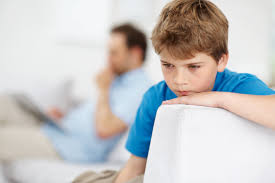 In the 1970s, when I was a teenager, my father worked very hard on a large multi-year project that had a high risk of failure. He worked long hours, was under a lot of stress, and came home tired and irritable. My father was a man of sharp edges. There was always something hard-charging about him. He was not one to cross.

My father was not physically abusive but he could be verbally sharp. I knew that he loved me, but growing up he would get angry with me over the littlest of things. I tried to stay out of his way. He was also a man sure of what he believed, especially when it came to politics. He is a life long republican, and in the 1970s, I remember him holding court on the politics of the day. My parents had a large round dining room table that held eight people and I remember watching my dad at diner parties talking politics. If you did not agree with him politically, god forbid you were a liberal, you were likely to feel his contempt and belittlement.

In 1971 I was fourteen and just discovering my attraction to men. I was too young for much of the counter culture of the 1960s but was attracted to what remained of the Hippie movement. I grew my curly hair long and had a jewfro. I wore big oversized shirts I had gotten in the thrift shop and tight, low cut bell-bottom pants. I wore rings on almost every finger. I hated sports and made my dislike known. I liked arts and crafts and remember doing macramé the summer I was fourteen, which my grandmother had taught me after taking a class herself. I was a quick learner and sold macramé belts and other crafts on the street during our summer vacation. I was clearly not the clean-cut, driven, athletic, successful son that my father had expected. I was different.

I was against the war in Vietnam. I wanted to go with my friends to an anti-war march in Washington when I was fourteen, but my parents refused to let me go. We fought repeatedly about my going to the march, but in the end, I did not go.

I remember a conversation during this period with my father. He asked me if I were drafted into the military, would I serve. I told him that I would not go to war. I was against the Vietnam war, and like many of my generation, felt the war was unjust. But intermingled with my anti-war stance, was the fact that I was an un-athletic, slightly effeminate, gay teenager. I was sure I would quickly be killed, were I to go to war. I told him I would go to Canada if necessary, but I would not go to Vietnam. My father was incredulous. He could not believe that I would not defend my country at a time of war. He looked at me with a mixture of scorn and contempt. Was this boy really his son?

My parents had been very protective of me and at fourteen I knew very little about the world. When I first discovered my attraction to men, trying to masturbate for the first time to the pictures of naked men and women in Screw magazine, I realized that I was looking at and was excited by the men, not the women. At the very beginning of discovering my attraction to men I thought I had discovered something wonderful because it was the thing that produced this wonderful new sensation, called an orgasm. I also knew that this attraction to men was something I needed to keep to myself until I could learn more.

The thought of telling my parents, and particularly my cold, driven father, about my attraction to men, was not something I could imagine. The father that had such sharp edges, and always seemed angry or annoyed with me, was not the man who would be supportive of who I was. I remember watching my aunt, my mother’s sister, at family dinners. She was a New Deal Democrat like her father, very opinionated but never knew when to keep her mouth shut. My father would belittle her political comments with an air of cocky sureness and contempt. It was not pretty to watch, and my aunt hated my father because of how he treated her. I could not imagine telling this man that I was attracted to men.

This gulf between my father and me never healed. We remained cordial but distant as we went through the years. What was so amazing, two and a half years ago when I left my marriage and began to come out to my family and friends, was how accepting my parents were. The world around us had changed dramatically and my parents were now old.

Whatever my father thought to himself, he was supportive of me. When he met my boyfriend last month for the first time he was warm and cordial. Was this the same man I had been so scared of as a teenager? But the tables had turned. I was now the adult, successful in my life, and happy in the path I had taken in leaving my marriage and coming out. My father was now an old man with a heart condition. Age had truly mellowed him and the rough edges and hard-charging man of my youth was gone. What remained was a weakened man in the last years of his life and there were no battles for him to fight with me. He has been happy for me and told me that he is proud of who I am and the life I am leading.

There is one conversation left for my father and me to have. We have never spoken about what it was like for me growing up gay and how his attitude, along with the culture of the 1970s, affected me. I do not blame my father in any way because he was a man of the times he grew up in, but I think it would be good for him and my mother to know about the pain I went through growing up gay and how difficult it was.

I wish I had known as a teenager the truths I know today about who I am. The 1970s classification of gay men as sick and in need of psychiatric treatment is long gone and has been replaced by a wonderful new openness and acceptance. It is a great time to be gay and I am glad my parents, and particularly my father, have changed with the times and emerged as two supportive and welcoming individuals.