I have never grown a beard before. Oh, I had some feeble attempts to grow beards in my 20’s and 30’s that were very short lived, but I have never had the courage to wear a beard to work. I remember in my late-twenties growing a beard when I lived in New York City. My mother was visiting me and we were in a cab together. She turned to me as we headed down Broadway, just passing Union Square, and let me know that she did not like the beard. I do not remember exactly what words she used, but her comments confirmed all my self doubt that the beard made me look silly. When I got home I shaved off the beard. I do not remember growing a beard for more than a few vacation days since that cab ride with my mother over thirty years ago.

This past December I took a week and a half vacation around the holidays. I knew my partner liked men with facial hair, and had shown his pleasure on multiple weekends when I had skipped the razor for a few days. So as my time away from work neared, I decided I would not shave for the twelve days of my vacation. As the beard began to grow out I really liked what I was seeing. When the day I would return to work grew close, I debated with myself if I would keep the beard or shave it off. But here is the bottom line: I really liked how the beard had grown in and I thought it looked sexy. My partner really liked the beard and loved rubbing our two beards together as we kissed. 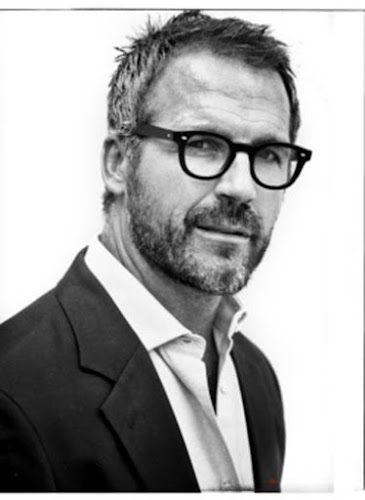 A look similar to mine. UK Model, Jock Ingram: http://www.nevsmodels.co.uk/models/jock-ingram

One of the things I found sexy about my partner when I first met him was his beard. He has one of those beards that always looks like he has not shaved for a few days. I am looking to grow my beard longer and I am particularly looking forward to my mustache growing in more fully.

I am one of those men who has passed through middle age with very little grey hair. I now have some grey on my temples, and that is only in the past few years. At 58, people usually assume that I am in my late 40’s or early 50’s. But the beard is heavily salt and pepper with mostly grey under my chin. I worried that the beard would make me look older.

I decided to keep the beard. On Monday when I returned to work a lot of people did a double take. One woman marched in my office on Tuesday morning just to check out my beard and voice her opinion. The bottom line is that I have gotten overwhelming positive feedback on the beard, particularly from the women at work.

I love the new bearded look men are wearing with short hear and full, sexy beards. For me, as a gay man in his late 50’s, how I look is important to me. And I am enjoying this new look that is somewhat distinguished, somewhat sexy and very current.