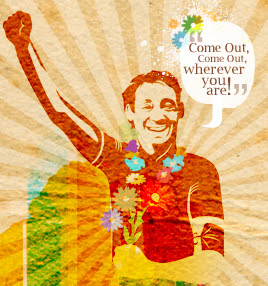 Coming Out At Work

Today I am an out and proud gay man. I am out in every facet of my life. But this has not always been the case. I began dating a woman in 1990, who I fell in love with, and we married two years later. We have a 19 year old son together. While I had know about my attraction to men since I was fourteen, and told my wife when we first started dating, I only began to come out fully about five years ago, and subsequently moved out of my marriage almost three years ago.

There are turning points in life where you learn that the person you thought you were is not the person you are or have become. In high school I spent all my free time in the art room. I lead the theatrical makeup crew for the schools theatrical productions. I hated and nearly flunked the required computer programming class in 9th grade. I could not imagine ever working in corporate America. I thought I was an artist and I also had a secret about who I was inside that I knew would prevent me from being successful in the mainstream business world

When I discovered that I was gay at fourteen, I quickly learned that this was something I needed to hide. As a teenager I did not have a great self image. I was never good at organized sports and was on the outside of the ‘in group’ at my small high school. I could not throw or catch a ball. The rules of baseball, football and soccer eluded me. I was overweight until I was fourteen and always seemed to be on the outside looking in

The one book I could find on homosexuality in 1971, Everything You Ever Wanted To Know About Sex But Were Afraid to Ask, described a painful, sick life that I did not want for my life. In high school, when I thought about what I would for a living, I could not envision or imagine that I could be a successful professional and be gay. The two did not seem to coexist in the world. I tried theatre, spending two summers working in summer stock and I even tried cutting hair, but neither seemed to fit

When I did ask an adult that I respected, at sixteen years of age, was there a way to change from homosexuality, she directed me towards a therapy and therapist that assured me I could change through an intensive form of body therapy combined with psychotherapy. I was in this therapy with two different therapists for over eleven years, but no change ever came.

In college studying design I began to work part time for design firms in New York City. Through work I began to see that my work ethic, creativity, drive and smarts was valued in the work environment. In work I discovered a level of approval, respect and acceptance I had never had among my peer group growing up. I began to see myself differently and gain self confidence.

I went on to graduate school to study Finance and discovered computers. I felt in love with computers and would geek out in my grad school apartment reading early PC manuals. It was clear to me that I had found my carrier and after graduate school began to focus on building my newly discovered IT career.

The therapy that I began in 10th grade stopped in my last semester of graduate school when I learned about a philosophy in New York City that promised men could change from homosexuality through the study of the philosophy. Four years later I left the philosophy, unchanged. It was a year after leaving this group that I met my wife. She was vivacious, curious, smart, funny and warm, and I began to feel that we could build a life together. I told her about my history with men on our second date but made clear that I wanted a life with a woman. We began to grow our relationship and eventually a life together

For most of my adult life I have gone down two compartmentalized parallel tracks. The first compartment has been work. I have had continued success and advancement at work with increased responsibilities and titles ever since my first part time jobs in college. My success at work and the positive feedback I have gotten over the years gave me a positive feeling about my abilities and my worth as a person.

The second compartment has been my internal life. I entered my marriage with hope and with a deep care for my wife, but as the years progressed, I soon began to see the cage I had created for myself. I felt increasingly unknown, separate, alone and at times depressed in the marriage. I knew that I could not sustain the way I had compartmentalized myself. I wanted to come out long before I did, but felt that I had made a commitment to my wife and son that I saw as a life commitment. I also had some very dated perspectives on the gay world and a good deal of internalized homophobia and shame. I did not see how I could bring together who I was inside and the successful professional I had become.

Since I am a project manager at heart, I planned my work coming for four months. I did not know how it would be received and struggled with what it meant for a top executive of the company to come out. I wrote my talking points; rehearsed what I wanted to say; and found a coach to help me through the process. I was fully prepared to change jobs if it did not go well.

Over a two month period I came out to almost thirty people at work in one-on-one meetings. What I could not have anticipated was how warmly I would be received at all levels of the company. From the CEO that I report to, to the EVPs—my peers in the company, to my direct reports, VP’s in the company, everyone was welcoming and supportive. While each successive coming out was empowering, I began to realize that I needed to come out more broadly to my division and then to the entire company to achieve some of my personal goals. 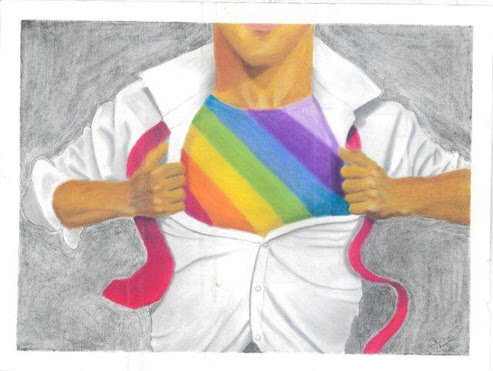 There were a few reasons I felt the need to come out so broadly: I was looking for a way to give back and wanted join the board of an non-profit organization serving the LGBT community, and I wanted to be open about my sexual orientation as I did so. I wanted to go be able to go to a company sponsored event or fund raising gala and bring a date. I also had this feeling that coming out would open up new opportunities, that I could not see clearly, but would occur once I had come out. Lastly, I wanted to own my own story, and ensure that people heard from me directly about who I was and not through the grapevine.

At a leadership meeting with my Division, as part of a larger agenda, I presented the company’s new Associate Resource Groups. At the end of the formal presentation on the ARG’s, I shared why these ARG’s were important to me, and spoke about my own life and came out to the hundred and twenty five people in the room. People applauded. I got warm embraces and words of support after the event. I followed this with an article posted on the corporate news intranet announcing the formation of the company’s new LGBT Associate Resource Group, and in the article, I came out to the company.

Five month after beginning to come out, with an introduction from an executive at my company, I was able to join the board of a non-profit LGBT health center. The week after I began to come out I went to two large fund raising gala’s that my company bought tables at–with a male date! The surprising opportunity coming out created, which I could not have foreseen was at work. I was asked to be the executive sponsor for our newly envisioned LGBT Associate Resource Group and became the driving force behind the groups creation. I was living the dream that I had envisioned.

Today I feel that I am one person. The big compartments, which I managed so deftly and so painfully for many years, do not exist any more. I have never been happier in my adult life, and to top it off, have a wonderful, sexy, loving partner who I have been dating for over a year.

These are the highlights of the events and life story that have formed my identity. The process I embarked on five years ago to make large dramatic changes in my life have forged a new, more powerful and stronger identity, and makes up who I am today.