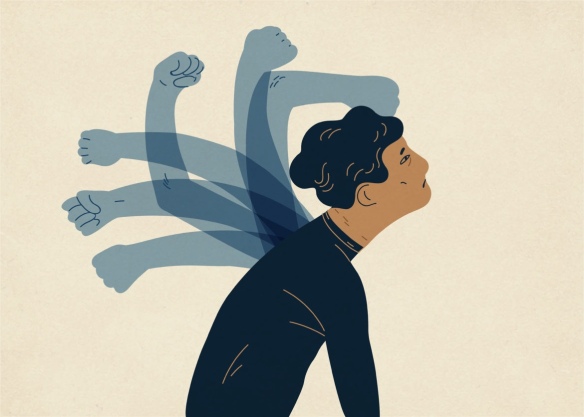 Do you like your guilt too much? I know that this may seem like a strange question, but too often, I have seen men, including myself, languish in our own guilt as a way not to move forward in our lives.

As a man who is attracted to men, (I even married one), and was previously married to a woman, I made choices along the way. But unlike other men I have talked to in support group meetings for men with similar histories, I made the decision not to shoulder the burden of guilt alone. I choose to share the blame with the other three culprits involved. Without the weight of culture, family, and religion to shape our view of the world and of homosexuality our lives might have been different.

My parents fully embraced who I was when I came out to them in 2014, but I could not have imagined them embracing my attraction to men in the late 1970s. I was not prepared in 1976, as I headed off to college, to tell my parents about my attraction to men for fear of my fathers anger, being disowned, and seeing my eduction go down the drain.

Religion did not play the role for me that it does for so many men, but the weight of culture loomed large in my mind. I was not prepared to bear the weight of living a life that was seen by the broader culture at the time as depraved, abnormal, amoral, or sick. I wanted what I considered a normal life. I wanted a family and children. I did not want to live in a marginal subculture that the world abhorred.

When I finally began to come out and attend support group meetings in 2012 I was struck by how many men were riddled with guilt for what they saw as “their choices” that they alone made. When I have heard men take the weight of the world on their shoulders I have always tried to push back. Their choices were, in large part, underwritten by the power and force of religion, culture, and family. Usually some combination of all three.

I was also surprised by men I observed clinging to their guilt.  I began to wonder if they were holding on their guilt as a subconscious way not to move forward. Guilt kept them in marriages they knew that they should leave. Guilt, (and shame, but that is another topic,) kept them from having sexual or social experiences with other same-sex attracted men.

I think men would feel a little bit less constrained by guilt if they could place part of the burden of guilt where it truly belongs.

4 thoughts on “Do You Like Your Guilt Too Much?”