In my prior post I described some of my thoughts and feelings as I approached beginning divorce mediation with my wife. Before finalizing and posting my last blog post I made sure that I had a conversation with my partner to share with him what I was feeling and thinking. I did not want him to read intimate thoughts and feelings that touched our relationship for the first time online.
END_OF_DOCUMENT_TOKEN_TO_BE_REPLACED 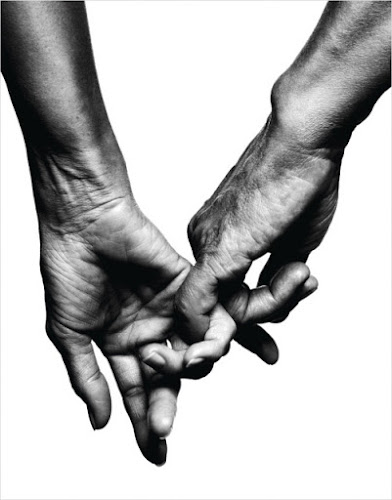 There was a man I got to know as I began coming out. Gary and I met on Grindr on a Friday evening in the Fall of 2011 as I sat in a restaurant, near Dupont Circle, eating dinner. I had just driven into Washington, D.C. from work and was grabbing a quick bite before heading off to a support group meeting for gay, bisexual and queer men who were, or had been involved with, or married to a women. Gary and I continued texting on Grindr over the next week and soon arranged a meeting. We immediately liked each other and had a good deal in common. My relationship with Gary never became physical but we soon became good friends and spent time together going to art movies and exploring the cultural scene in Washington, D.C.

END_OF_DOCUMENT_TOKEN_TO_BE_REPLACED

A man that I recently met told me that he liked to have sex with men, but that he did not consider himself gay or bisexual. He did not feel any need to have gay friends and wanted nothing to do with the gay community. I asked him if he ever saw himself having a boyfriend or developing an intimate relationship with another man. He did not. He said that he simply liked sex with men, period.

END_OF_DOCUMENT_TOKEN_TO_BE_REPLACED

My boyfriend and I have spent most weekends together for a very long time. Our combined schedules make it very hard for us to get together on weeknights. But this weekend he was away visiting his parents, following his fathers being hospitalized for atrial fibrillation. Today is Monday and he flys back to Washington, D.C. later this afternoon.

END_OF_DOCUMENT_TOKEN_TO_BE_REPLACED

When you are in your 20’s no one ever tells you how your body will age sexually. You just think it will go on with the same intensity and functionality forever. But the reality is a bit different. END_OF_DOCUMENT_TOKEN_TO_BE_REPLACED

My fear in rereading the chapter on Male Homosexuality in David Reuben’s 1969 book, Everything You Always Wanted to Know About Sex* (*But Were Afraid to Ask), something I had not read since I was fourteen or fifteen, was that his sick distortions about homosexuality would get inside my head. When I finally did reread the chapter, it was so outlandish in its portrayal of homosexuality that it seemed laughable and sad at the same time. Ruben’s utter contempt, breezy sneering, and high minded superiority for homosexuality has an ugly and evil quality.

END_OF_DOCUMENT_TOKEN_TO_BE_REPLACED

I gave a dinner party last night with my boyfriend. We had four friends over for the dinner party. To come up with the menu, I had to navigate my low carb diet and another man’s blood type diet. My boyfriend brought a wonderful salad and I made the rest, roasted chicken and butternut squash, green beans with lemon and pine nuts and a homemade pumpkin pie. The table was set beautifully. The food was delicious. It was a lovely special evening.

END_OF_DOCUMENT_TOKEN_TO_BE_REPLACED

After too many years in the closet, I began to come out about five years ago, first to my wife and son, my family and then friends and work.

Over three years ago I moved out of my marriage into a wonderful new life. Today I am out in all parts of my life. It has been a fantastic ride.

This blog charts my life, thoughts, musings, reviews and analysis from the early days after coming out to my wife, to the present, as an out, proud, gay man.